The Rich History Of Nudity In Art

The Rich History Of Nudity In Art 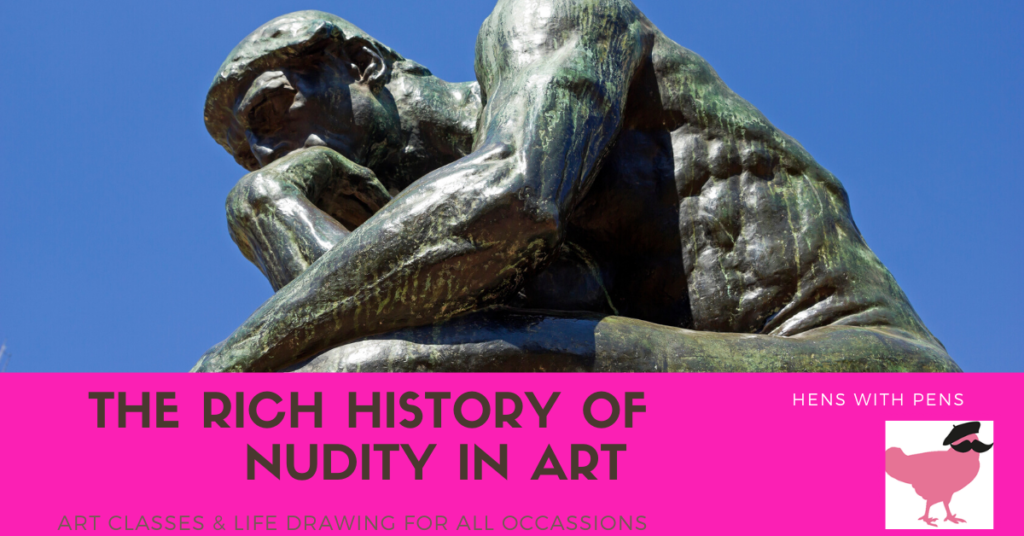 Since art first came into being there has always been the presence of nudity. In ancient Greece the human form was greatly admired using artistic images. The Greeks competed in various sporting events, usually at religious festivals, naked and so these athletic males were very much celebrated by the artists of the time in sculptures and paintings.

But they didn`t just celebrate the male body. The Greek goddess Aphrodite, for example, was sculpted as a nude in the mid-4th Century by a guy called Praxiteles. The Romans also used Aphrodite naked in sculptures, although they called her Venus, and they placed these on the front of houses, tombs, baths, temples and many other areas.

The early sculptures and paintings of female nudes very much gave an idealised version of the female form, making them look as perfect as they possibly could. They were meant to look seductive and attractive to the eye, which they certainly were, but they were also meant to engage the mind. There is no doubt they did a fine job of both.

The Renaissance Period & The Nude Form

When it comes to art and nudity one of the most important periods came with the Renaissance in the 15th and 16th Centuries. What a wonderful time for art this was with great artists such as Michelangelo, Leonardo Da Vinci, Titian and Raphael etc producing magnificent pieces of art.

Some of the great paintings of the time which celebrated nudity in them include Apollo and Daphnis by Perugino, Christ on the Cold Stone by Gossaert, Adam and Eve by Durer, Saint Sebastian by Bronzino, Bathsheba Bathing by Bourdichon and Venus Rising From The Sea by Titian.

The Renaissance was a time of great social change as the world left the Middle Ages behind and embarked on what we can now see as a more modern, enlightened time, with philosophy, literature and art at the forefront of the change.

Here is what Micheangelo is quoted as saying about nudity and art: “What spirit is so empty and blind, that it cannot recognize the fact that the foot is more noble than the shoe, and skin more beautiful than the garment with which it is clothed?”

“And who is so barbarous as not to understand that the foot of a man is nobler than his shoe, and his skin nobler than that of the sheep with which he is clothed.”

“He who does not master the nude cannot understand the principles of architecture.”

Looking back over the last 100 years nudity has been used prolifically in art, and many artists and budding artists celebrate it today by attending life drawing classes where they can draw a nude life model. We of course run Life Drawing classes at Hens with Pens so if you want more details on our classes please email us at fairygodmothers@henswithpens.com.

Join Eve, Julian & Andrew for a light-hearted and often themed evening of life drawing – all log in details for the event will be emailed prior to the class.